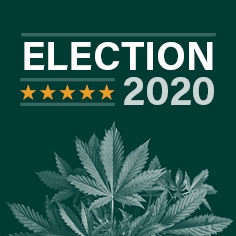 In November, South Dakota will become the first state in the nation to vote on both medical and adult-use marijuana legalization. Also, South Dakota is the lone state in the country’s heartland where cannabis is on the ballot because the Nebraska medical cannabis initiative was blocked by the state Supreme Court. The two measures in South Dakota represent progress for cannabis advocates. Both the medical and adult-use legalization initiatives would enable local jurisdictions to exert some control over the number of business licenses allowed. However, the adult-use initiative, a constitutional amendment, expressly calls for the state to issue enough licenses to reduce the illicit market. Currently, it is uncertain where South Dakota residents stand on the issue of legalization as there has been no independent poll. The Marijuana Policy Project noted the initiatives have dozens of endorsements from leaders in health care, business, and politics.