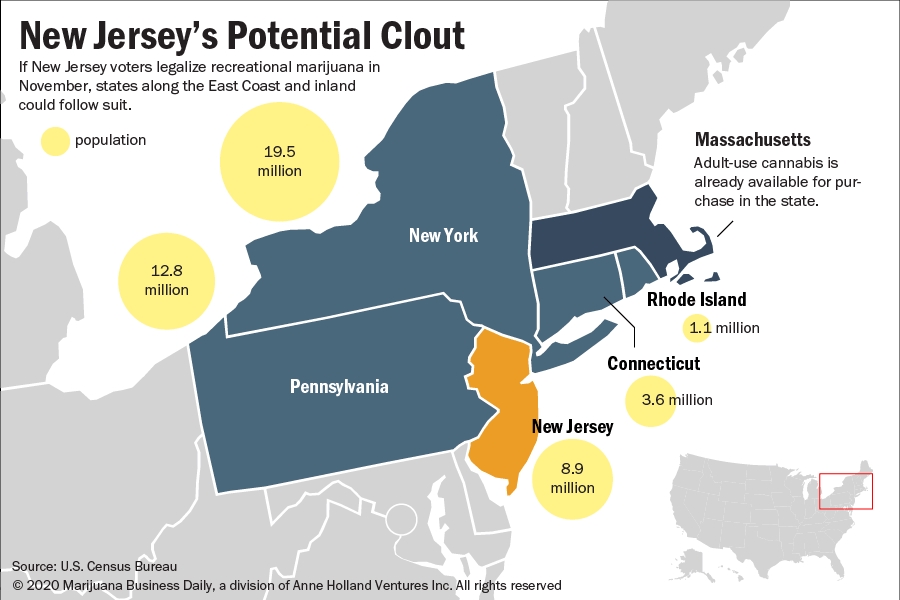 Billions of dollars in business opportunities are riding on whether New Jersey residents legalize a recreational cannabis market in November. A recreational marijuana industry in New Jersey itself – with a population of nearly 9 million people – would reach $850 million-$950 million in sales a year by 2024, according to a Marijuana Business Daily projection. More than any other region in the country, the Northeast has been trying to move as one bloc toward adult-use legalization. Also, the population of four states, New York, Pennsylvania, Connecticut, and Rhode Island that have been discussing adult-use legalization New Jersey “will be the final hurdle for New York, Pennsylvania, and surrounding states,” predicted Scott Rudder, president of the New Jersey CannaBusiness Association. “It’s going to motivate the surrounding states for sure,” agreed Bridget Hill-Zayat, a cannabis attorney with Hoban Law Group.