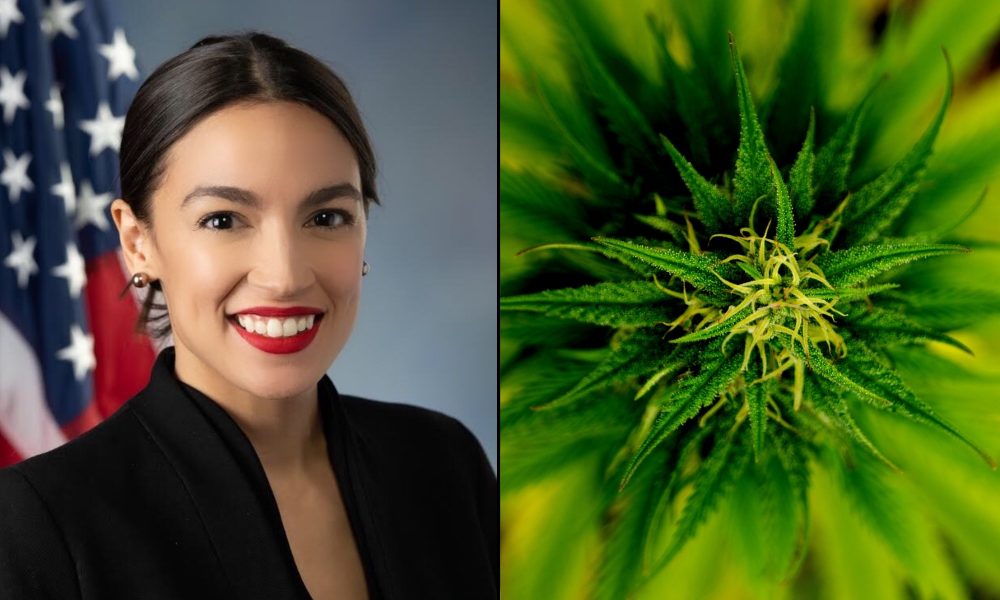 Democrats and Republicans might be divided on a number of major policy issues, like taxes, healthcare, and etc. However, Rep. Alexandria Ocasio-Cortez (D-NY) said on Thursday that ending the drug war and legalizing marijuana is increasingly standing out as exceptions to hyper-partisanship in Congress. The congresswoman made the point during a virtual town hall alongside cannabis reform ally Rep. Earl Blumenauer (D-OR), stating that since she took office, it’s been encouraging to see members on both sides of the aisle come together on issues concerning “civil rights policy and civil liberties,”. She focuses on the importance of representatives coming together to discuss ending “drug prohibition laws.”