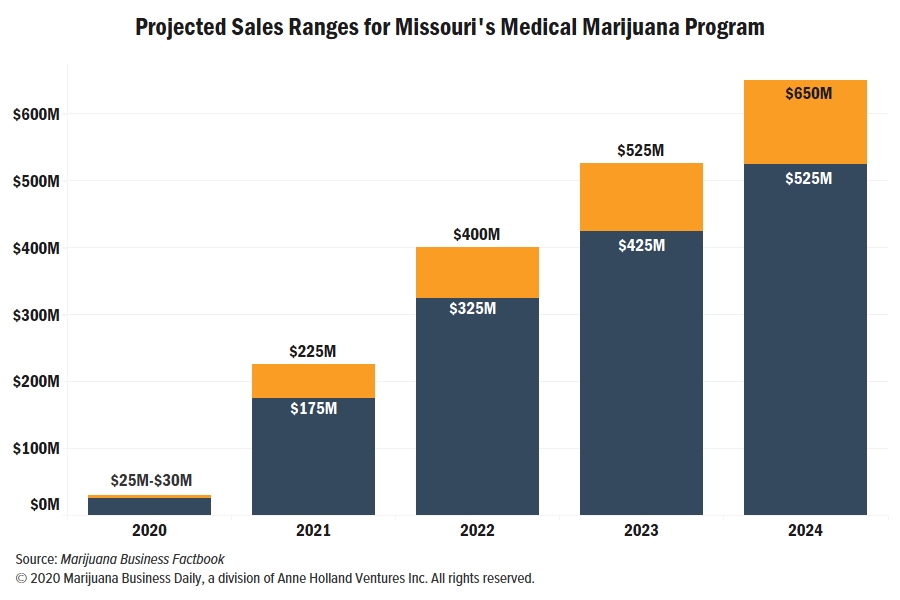 Missouri’s medical cannabis market launched over the weekend, with a pair of retail outlets outside St. Louis seeing long patient lines. It was projected by state officials that state MMJ sales could hit an estimated $650 million a year by 2024. The limited market launch is occurring two years after Missouri voters approved medical marijuana – but not without controversy. N’Bliss kicked off-market sales Saturday with the opening of two dispensaries in St. Louis County, as Missouri became the 34th state in the U.S. to launch a full-fledged MMJ program. The 2020 Marijuana Business Factbook projects Missouri’s MMJ market will reach around $200 million a year in sales in 2021 and $525 million-$650 million by 2024. Only a few Missouri cultivators have harvested so far, so it likely will take several months for product supply to catch up to demand, industry officials said.