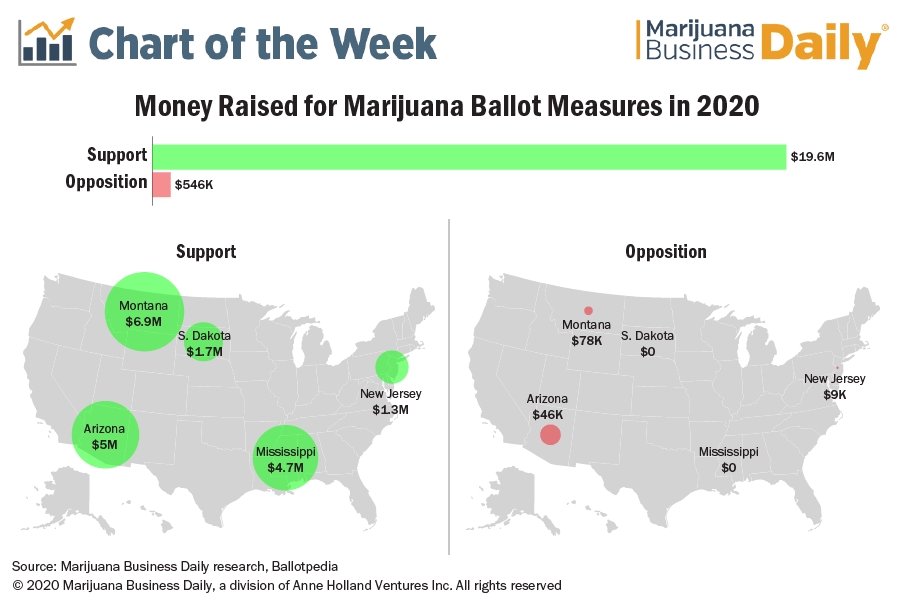 Financial support for marijuana legalization, both medical and recreational, has grown significantly in 2020 compared to 2016. Proponents of state ballot measures have outraised opponents this election season by almost 36-to-1. This is a massive increase from four years ago when advocates outstripped the opposition by only 4-to-1. But that is a far cry from the $83.5 million supporters raised for the eight measures on the 2016 ballot when California and Maine each raised record sums. Of all the measures being considered that year, only the one that would have allowed adult use in Arizona failed. The latest poll by Monmouth University in New Jersey at the beginning of October showed 56% supported the measure with 36% opposed and 8% undecided. Legalization supporters have outraised opponents 11-to-1 in 2020, a stark contrast to 2016 when the groups raised about $6 million each.