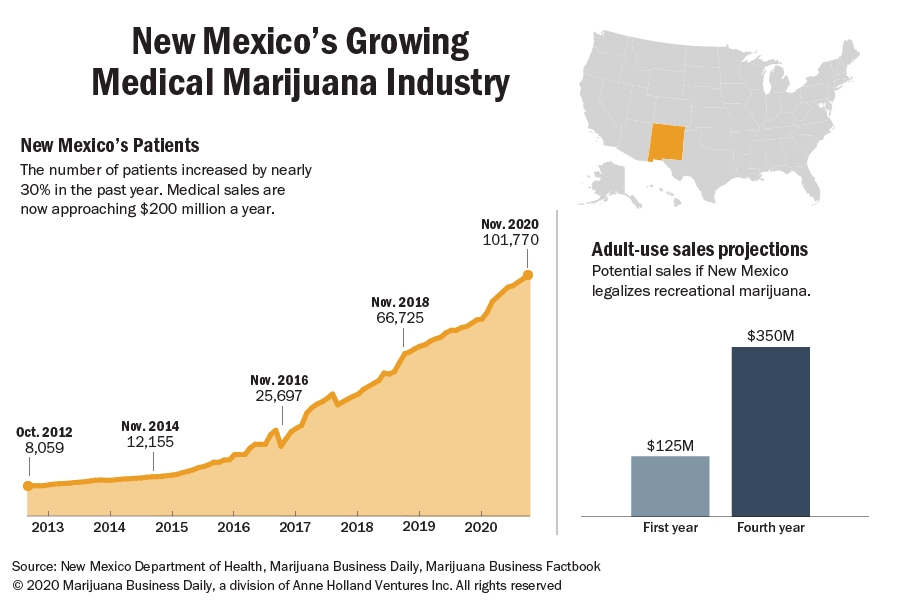 New Mexico’s medical marijuana sales have nearly doubled in the past two years despite strict plant-count limits, and the state might be better positioned to legalize recreational cannabis after neighboring Arizona did so last month. Marijuana Business Daily projects an adult-use cannabis market in New Mexico could generate $350 million in annual store sales by its fourth year of operation. New Mexico’s MMJ sales totaled $130 million in 2019, according to the Marijuana Business Factbook. The sparsely populated Southwest state recently exceeded the 100,000 milestones in registered patients. The patient count has increased nearly fourfold since 2016. “Sales are definitely up. We’ve seen a significant uptick – as much as 100% growth over last year – which I would attribute to the pandemic,” said William Ford, founder, and chair of R. Greenleaf Organics, which has eight dispensaries in New Mexico. Industry experts see New Mexico as a likely candidate to legalize adult-use next year through its Legislature.