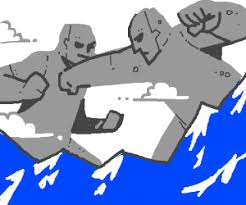 This may be the first legal battle of cannabis giants in court. Two of the biggest players in the marijuana space are heading to federal court over a dispute related to an alleged violation of a patent for a cannabis extraction method. Canopy Growth Corporation, a Canadian-based marijuana company, filed a lawsuit on Tuesday against GW Pharmaceuticals, a UK-based firm that produces the Food and Drug Administration-approved cannabis-derived anti-seizure medication Epidiolex. The legal action came on the same day that the U.S. Patent and Trademark Office issued a new patent to Canopy that gives it broad and exclusive rights to a process of extracting cannabinoids from plant material in the U.S. That issuance is giving Canopy more leverage to pursue litigation and potentially receive damages from GW if the suit plays out in its favor. Canopy’s original patent—which was issued in 2014 was more narrow and gave companies like GW leeway to adopt their own extraction practices that fall outside the scope of the patent. hat’s not the case anymore, and if the U.S. District Court for the Western District of Texas sides with the plaintiffs, it could have far-reaching implications for the marijuana industry. Canopy is claiming that GW’s infringement of a patented extraction method “has been and continues to be willful and deliberate.”