SOME CANNABIS GROWERS STILL COUNTING COST OF WILDFIRES, BUT MOST SAY INDUSTRY DODGED A BULLET 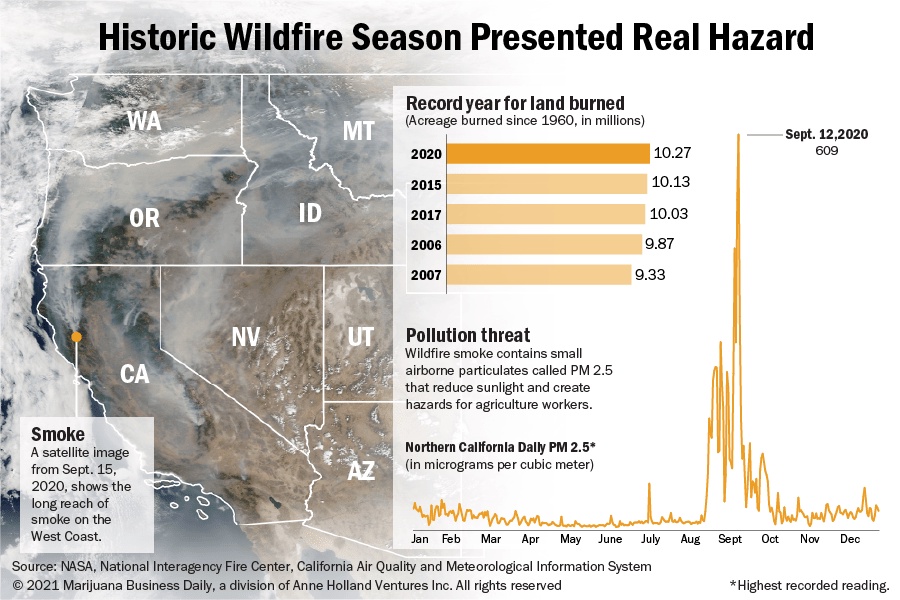 While the wildfire season has been over for a few months on the West Coast, several marijuana businesses are still picking up the pieces from an unprecedented wave of blazes that caused thousands in California, Oregon, and Washington state to evacuate and threaten numerous cannabis companies. In a December regulatory filing, the vertically integrated firm, which trades on the Canadian Stock Exchange under the ticker symbol INDS and on over-the-counter exchanges as INDXF, announced that its greenhouse activities on the central California coast were dramatically impaired by the fire and that quarterly sales could decrease by up to $4.5 million due to lower harvest yields caused by “plant stress.”