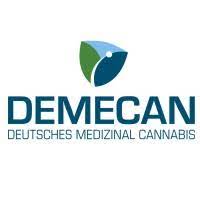 Germany’s sole domestic cannabis producer is expected to harvest its first crop in early 2022 after securing additional investment to complete its production facility. Demecan, which was founded in 2017, is one of three companies permitted to cultivate cannabis in Germany by the Federal Institute for Drugs and Medical Devices. Some 4,000 cannabis plants will be sowed in October at its new facility near Dresden, with the first products to be delivered early next year. This follows a successful fund-raising round – in the ‘upper single-digit million range’ – from private and institutional investors, including the Futury Fund as well as existing shareholders, including the btov Private Investor Network.Dr. Constantin von der Groeben, Co-Founder and CEO of Demecan, told BusinessCann: “The investment is to used for further growth as well as the expansion of the production facility into Europe’s most modern facility for the cultivation and processing of medicinal cannabis. “Under current conditions, Demecan plans to complete the manufacturing facility in the third quarter of 2021 and harvest as quickly as possible.Demecan is converting a former slaughterhouse on a 100,000 sq ms plot of land into an indoor production facility with office space and a laboratory.