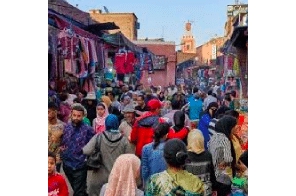 Moroccan World News reports this week that the legislation mooted earlier in the year should be signed off very soon. They write..The bills are related to the new national agency charged with monitoring the new cannabis industry. The meeting, scheduled for Monday, August 23, is related to the implementation of articles 32 and 35 of law 13-21. Both bills are related to the National Agency for the Regulation of Activities relating to Indian Hemp. Article 32 officially designates the agency as a state entity, placing it under government control. On the other hand, article 35 details the specific structure of the new agency. Sources indicate the agency will be led by a board of directors and managed by a director-general. All legal cannabis cultivation within Morocco will be regulated via the new agency. The Moroccan parliament initially voted on the legalization of cannabis earlier this year. Through law 13-21, the central government aims to remove the taboo surrounding cannabis and its cultivation, while integrating a valuable revenue stream into the mainstream Moroccan economy.