Too Costly To Harvest: Why Some California Marijuana Farmers Let This Year’s Crop Rot 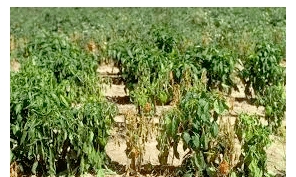 By every estimate, more marijuana was grown in the United States this year than ever before, as legal sales of the country’s favorite heretofore illicit drug are projected to top $26 billion, according to one estimate. That’s a lot of value. But in California—where more than 1 million pounds of cannabis entered the legal market this year, according to state figures—farmers also left more marijuana plants in the ground past their due date, sacrificing them to the weather and the earth, rather than harvest them, according to interviews with growers, distributors, and small-farm advocates. “This year, people are just letting it rot,” confirmed Swami Chaitanya, the co-founder and icon behind Mendocino County-based heritage brand Swami Select. “Why bother?” In what world would a farmer let a valuable cash crop go to seed rather than reap the dollar bills they’ve sown? Surely someone somewhere would buy that precious weed, or at least smoke it! But consider the exigencies of the American cannabis market. In certain circumstances, after costs like labor and taxes are calculated, that cash crop will literally cost money to harvest and bring to market—and that’s even if that crop can be sold. Cannabis growers are letting plants with negative value rot in our world, in other words. To understand why and how a plant can be worse than worthless and actually represent a cost beyond a loss to the farmer, let’s briefly revisit market dynamics under marijuana legalization in the country’s oldest market.