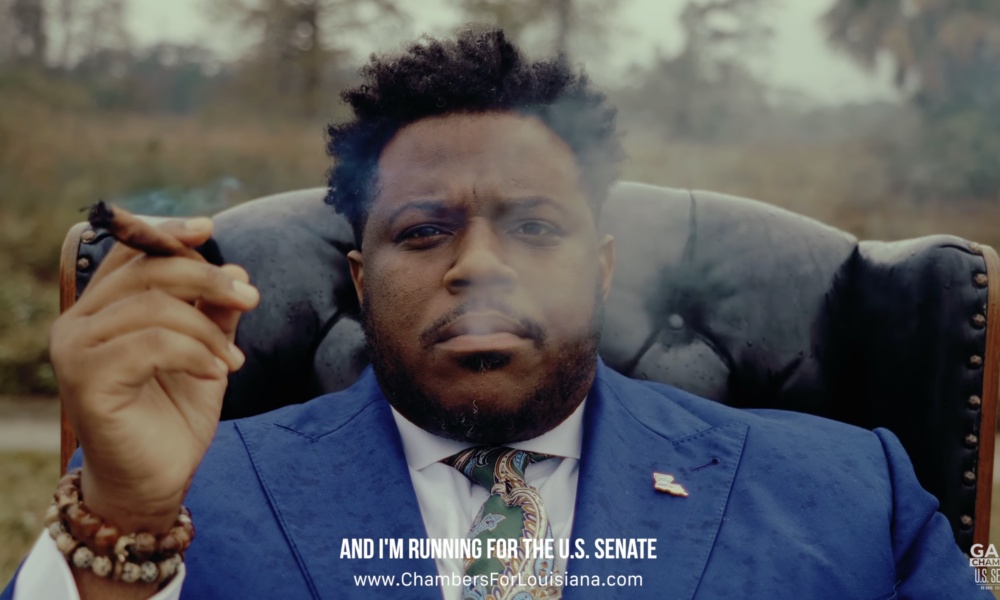 A candidate seeking to represent Louisiana in the U.S. Senate released a campaign ad on Tuesday that puts marijuana front and center. Democrat Gary Chambers sits in an armchair in a field smoking a cannabis blunt and lists statistics about the harms of criminalization. The ad is titled “37 Seconds,” a reference to a research finding that police in the U.S. make a marijuana-related arrest every 37 seconds on average. “Black people are four times more likely to be arrested for marijuana laws than white people,” Chambers says. “States waste $3.7 billion enforcing marijuana laws every year. Most of the people police are arresting aren’t dealers, but rather people with small amounts of pot, just like me.” While marijuana hasn’t been legalized for adult use in Louisiana, possession of up to 14 grams was decriminalized last year and is now punishable by a $100 fine. And in New Orleans, where the ad was filmed, police recently announced that they would no longer be issuing citations over simple possession of cannabis alone. The governor also signed a bill last year to let patients in the state’s medical cannabis program legally smoke whole-plant marijuana flowers.