Costa Rica: Will He Won’t He? President Alvarado Sitting On Cannabis Bill 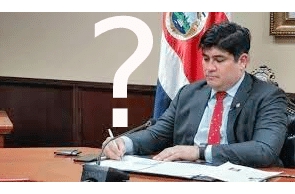 Hemp Today Reports Costa Rica’s president said he is studying a bill that would legalize medical marijuana and industrial hemp, giving no clear indication if he will sign the measure into law or not. President Carlos Alvarado said he is reviewing the measure with health authorities after it passed the Legislative Assembly earlier this month, with 29 of 57 deputies voting in favor. Economic potential Lawmakers have urged the president to sign the law, which supporters say can bring economic and social development to Costa Rica’s rural areas by authorizing the production, industrialization, and commercialization of hemp for industrial applications and food. The law covers cultivation, harvesting, processing, storage, and transport. Rosa Volio Pacheco, a deputy who co-sponsored the bill, said the proposed law could spark development in the pharmaceutical industry and a range of different value chains starting in agriculture. Medical marijuana provisions in the bill would also bring hope to patients whose suffering could be relieved by legal, prescription marijuana products, Volio Pacheco said. The law would limit marijuana to medicinal and therapeutic use and does not legalize adult-use (recreational) marijuana.