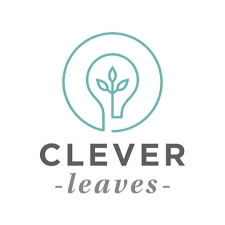 CLEVER Leaves, a multinational global cannabis producer, has been granted a license to more than double its cultivation facility in Portugal as it looks to Europe to help boost revenues after a difficult debut year as a listed company. In December, the company announced that the Portuguese health authority Infarmed had greenlit the expansion of its cultivation facility by around 150,000sq ft, seeing its total footprint increase to nearly 260,000sq ft in the São Teotónio region. Production on the expansion at its Portuguese facility, which currently exports to the UK, Israel, Australia, and the US, has already begun and Clever Leaves expects the first commercial product to be market-ready in the ‘second or third quarter of 2022’. The major expansion comes less than a year after Clever Leaves secured its GACP certification and generated its first revenues from its Portuguese facility during the first four months of 2021. Clever Leaves CEO Kyle Detwiler told BusinessCann that while its Portuguese facility is ‘a lot smaller than its facility in Columbia, which spans 1.8m sq ft and produces around 55% of the country’s cannabis exports, the ‘quality is a little different.